4 Ways Hypothyroidism Can Affect Your Child 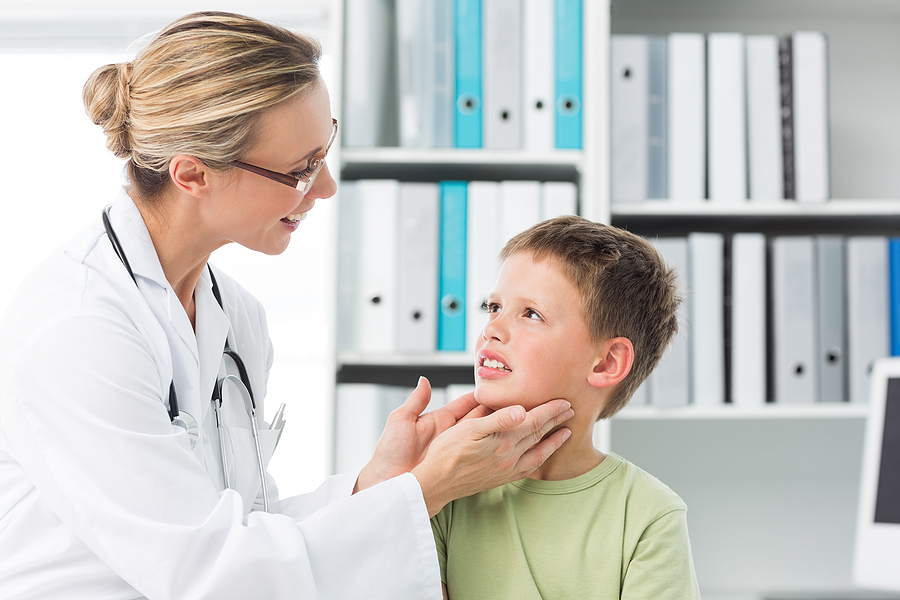 We all want our children to be healthy and happy. But what about when they have a health issue that you just can’t find the underlying cause for, such as unexplained weight gain, chronic infections, fatigue, skin rashes or hyperactive behavior? You may have seen several doctors and had many tests done, but have you considered that hypothyroidism could be the culprit?

We all know that adults can suffer from the symptoms of hypothyroidism, but did you know that it can happen to children, too? We all need healthy thyroid function since the day we are born. Without it, we won’t be able to grow and develop into a healthy child, teen and then adult. Optimal thyroid function is crucial for good health.

Dr. Broda Barnes was a pioneer in the field of thyroid function and deficiencies. In his book, Hypothyroidism: The Unsuspected Illness, he notes that the symptoms of hypothyroidism in children can be reversed with thyroid treatment. Here are some of the many symptoms that he highlights in children:

4 Ways Hypothyroidism Can Affect Your Child

According to Dr. Broda Barnes, one common cause of hyperactivity in children is hypothyroidism. He describes these characteristics that are shared by hypothyroid children who are labeled hyperactive:

He discovered that many hypothyroid children who stayed in constant motion did so to fight the fatigue. Their hyperactivity was an attempt to fight feeling so tired.

Today, hyperactive children, who are usually diagnosed with ADHD, are treated with central nervous system stimulant medication – amphetamines or similar acting drugs. Dr. Barnes noted that it’s a puzzle as to why these drugs that stimulate adults do the opposite in hyperkinetic children, calming and quieting them. The stimulation may serve to overcome the child’s fatigue and in doing so relieve the need for overactivity as a fatigue-fighting measure.

A better, safer way to treat this problem when a hyperactive child is hypothyroid is by treating the underlying cause of hypothyroidism, rather than just trying to control the symptoms with medication. (1)

According to Dr. Broda Barnes, some of the most dramatic successes of thyroid therapy have been for eczema, which involves itching, swelling, blistering, oozing and scaling of the skin. There have been many cases over the years of thyroid medication eliminating eczema in infants and young children. In the 1939 edition of his textbook on dermatology, Dr. Sutton pointed out that some infantile eczemas are due to thyroid deficiency and should be treated accordingly.

There was a case of a 7 month old baby with very severe eczema, with crusts and bleeding points over much of his body, so much so that he had to have his arms kept snuggly at his sides to prevent him from scratching. He had been hospitalized twice. After 5 months on thyroid therapy, all evidence of the eczema was gone. (1)

Dr. Broda Barnes states that it takes more than infectious agents (bacteria, viruses, fungi, parasites) to produce an actual infection. Infectious agents are always about us and even on and within us. They are present on the skin, in the nose and mouth, and in the gastrointestinal tract. We are all constantly exposed to our own bacteria, viruses and other germs capable of causing illness and we are intermittently exposed to those of other people, as well. But as long as our resistance to infection is high, we don’t provide the conditions under which these infectious agents can multiply to the point of producing illness.

Many things can lower our resistance to infections, such as not enough sleep, poor nutrition and chronic stress. However, low thyroid function is a major factor. When you have reduced output of thyroid hormones, every cell and every system of the body, including the defense system, may be affected. If thyroid function is low enough, this in itself can be enough to open the door to repeated bacterial and viral infections. Even mild degrees of hypothyroidism can set the stage so that a brief loss of good sleep or brief period of undue stress can lower resistance to allow an infection to set in.

When given thyroid medication, resistance is raised in the body. Children who had repeated colds and other respiratory infections before their hypothyroidism was detected and treated, who once missed a lot of school days due to illness, have become healthier and far less subject to infections with proper thyroid treatment, even though they were still exposed to infections at school. (1)

A research study was done on the case of a 10 year old boy with severe obesity and growth failure. His mother noted he was previously one of the tallest children in his class, but now was one of the shortest, and he had gained a lot of weight.

Review of previous growth charts revealed growth at the 90th percentile for height at 8 years of age with decrease to the 75th percentile at 9 years, and the 50th percentile by 10 years. His weight was consistently at the 95th percentile, but he had gained 12 lbs in the past year with weight now at the 97th percentile and body mass index (BMI) at the 99th percentile, meeting criteria for extreme obesity. It was noted that he had a family history of hypothyroidism in both his mother and her mom.

The boy was diagnosed with autoimmune thyroiditis, or Hashimoto’s, which is when your body makes antibodies to your thyroid gland. After treatment with thyroid supplementation, he had significant weight loss and marked improvement in his growth. Diagnosis and treatment is vital as prolonged undiagnosed hypothyroidism can result in incomplete catch-up growth and compromised final adult height.

This case highlights that pediatric patients presenting with excessive weight gain and a declining growth velocity should be evaluated for hypothyroidism, even in the absence of other associated features of hypothyroidism including constipation, declining school performance, or cold intolerance. (2)

Watch this video to learn how low thyroid function can affect not only you, mom and dad, but your child.

Linda’s son was experiencing mental, behavioral and emotional issues such as anxiety, depression, and anger outbursts. He also had severe stomach aches. Conventional doctors were not able to help him. After coming to the Hotze Health & Wellness Center, he was diagnosed with a form of hypothyroidism called autoimmune thyroiditis, also known as Hashimoto’s, food allergies and a gluten sensitivity. After treatment, he had relief of his symptoms and began to thrive!

Did you know that at the Hotze Health & Wellness Center, we treat not only adults, but also  children, too? Contact our Wellness Consultants today for a complimentary consultation at 281-698-8698. It will be our privilege to serve you!